Mistress Rosella had always wanted to punish his guy she despised. But their paths had never crossed in the sense that he had never done anything wrong to her despite the fact that she did not like him. She thanked the heavens that their paths finally crossed and he had done something she could take as offensive to her. She grabbed the chance and she used it to pee on him. 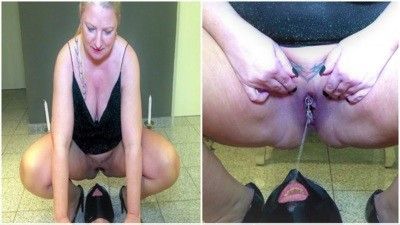